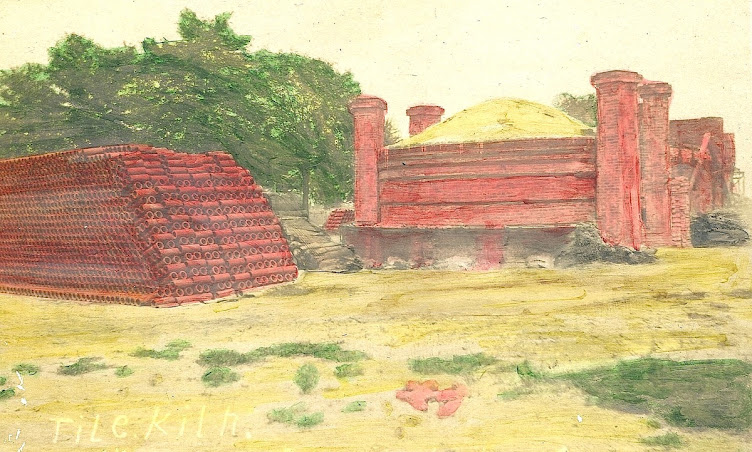 Books and Ebooks by the Author 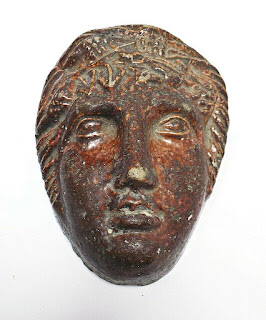 Antique Sewer Pipe Paperweight Head of a Woman c. 1910. This is one of three examples I have found in the literature. A piece in Adamson's Illustrated Handbook of Ohio Sewer Pipe Folk Art shows the same form which is stamped "Nelsonville Sewer Pipe Company" but this piece is unsigned. Another is decribed as a Salesman Sample. Red Clay Salt Glazed. "Classical" Head of a woman sewer tile paperweight c. 1910 Collection Jim Linderman
Posted by Dull Tool Dim Bulb 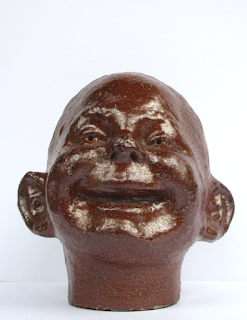 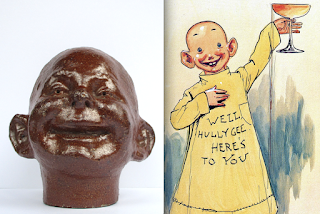 Antique Sewer Pipe sculpture (and bank) depicting the Yellow Kid. Fear not, this fella isn't a racist relic from the past! The Yellow Kid was the first American star of the Sunday comics. First appearing in the papers in 1895, the Yellow Kid grew to be a aa favored wierdo icon. This figure dates to that era. (For those of you who might to know, Sewer Pipe or Sewer Tile folk art figures were largely hand-fashioned by clay factory workers from leftover clay at the end of the day. There WERE some racist elements in the Yellow Kid comics, but it appears to have been the way it was back then. It was over 100 years ago. Of course there were. But this figure is benign. Here's what his creator Richard Outcault had to say about him in 1902: “The Yellow Kid was not an individual but a type. When I used to go about the slums on newspaper assignments I would encounter him often, wandering out of doorways or sitting down on dirty doorsteps. I always loved the Kid. He had a sweet character and a sunny disposition, and was generous to a fault. Malice, envy or selfishness were not traits of his, and he never lost his temper” Read more about the kid HERE on the Outcault Wiki page. He also invented Buster Brown! The form is scarce, but several other examples have turned up. Sewer Pipe Folk Art Pottery Bank figure of The Yellow Kid. c. 1900. Hand-signed on the base "P.O." Collection Jim Linderman / Dull Tool Dim Bulb.
Posted by Dull Tool Dim Bulb 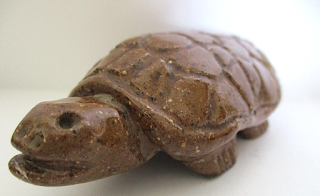 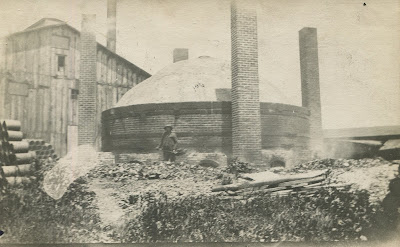 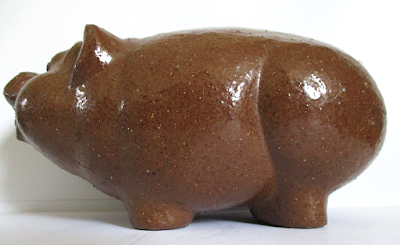 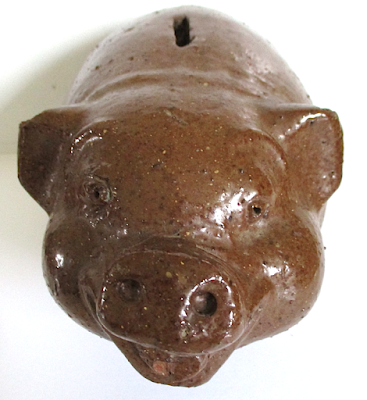 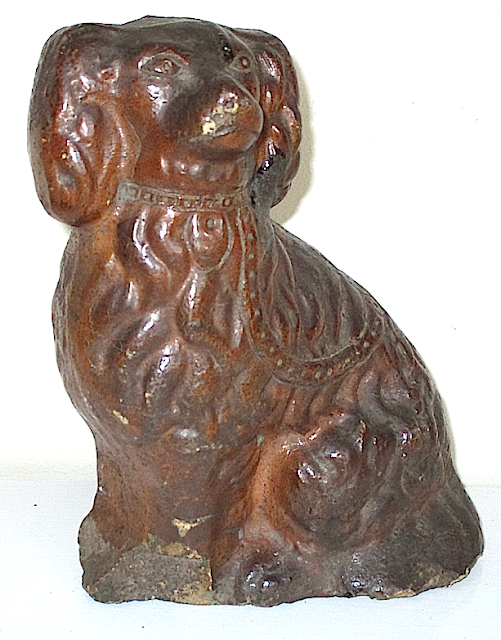